The world carp record has been smashed by a behemoth of a carp caught from the Euro Aqua complex in Hungary.

At an incredible 112 lb 14 oz, the carp is almost 5 lbs bigger than the previous record.

The beast of a fish was caught by Dutch angler Michel Schoenmakers on 23rd November 2018 along with some other absolutely huge carp.

The previous world carp record had stood for over two years at 108 lbs and was in fact caught from the same Hungarian lake, Euro Aqua.

The complex at Euro Aqua has quickly become synonymous with huge fish, not only carp but also catfish and pike.

So how do these carp get so huge?

The fishery is well known for feeding the inhabitants serious amounts of food, mainly boilies and maize.

The lake is fed several tonnes of feed each week which allows the carp to pack on some serious weight and grow to these world record-breaking numbers. 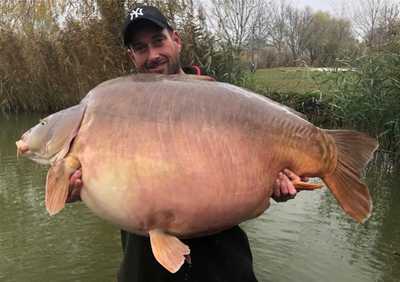 Some anglers question these methods of feeding the fish such huge quantities of boilies and prefer the fish to grow at a more steady rate, but you simply can not argue with the results that attract fisherman from all across the continent.

The attraction to any angler is obvious and you can see why many do flock to the complex and put themselves in with a chance of landing a new PB and even a world record carp!

In the UK, we can not simply catch carp of these sizes and must travel across Europe in hopes of landing one. The majority of UK based anglers would look to France for this opportunity, however, in recent years, a lot of noise in being made from the likes of Belgium, The Netherlands and Hungary with many record-breaking fish being captured.

These venues based outside of France really do offer so much and many carp anglers are looking past the French venues to the likes of Euro Aqua. 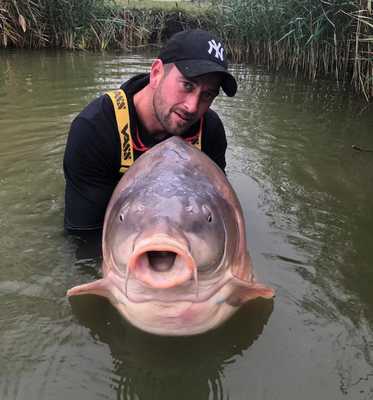 The complex at Euro Aqua is an old gravel pit and at an incredible 28 acres is a massive area the likes of us UK carp anglers can only dream about.

The rise in popularity of Euro Aqua, from big specimen hunters, has really helped stamp the venue as one of, if not the No.1 big carp venue in the world and has anglers from all over Europe waiting to spend a week trying their luck, hoping to score big and walk away with a fish of a lifetime.