If you’re an angler who likes a spot of river pike fishing whose not getting the results you’d like, you could be losing a bit of love for the sport.

It’s easy to be in this position, as pike are a tenacious and wily old fish that will do everything they can to not get caught.

You could probably do with our river pike fishing tips.

However, those anglers out there that have great success in landing good-sized pike on a regular basis aren’t practising magic, rather they are employing their know-how to significantly improve their chances. 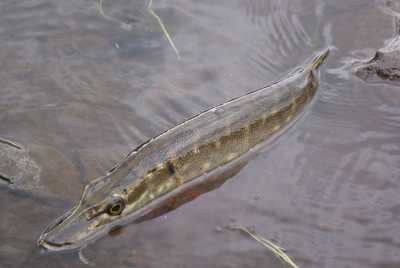 Whilst river pike fishing is not an exact science, there are many river pike fishing tips you can do and learn to make you better at the discipline. Mix these measures together with a good deal of prep and the right kit and you should soon be enjoying more success in your pike fishing exploits.

In this article, we’ll take you through a number of river pike fishing tips to get the pike biting for you. We are assuming a degree of prior experience here, but don’t worry, if you are relatively new to river pike fishing, there should still be a number of takeaways gained by reading on.

Want to get started? Ok, then let’s begin.

We kick off with a very simple but hugely important river pike fishing tip.

If you want to get better at river pike fishing, then you’re going to need to understand pike and how they behave. For starters, a pike is a voracious predator that can measure as much as 1.4m in length and it is a fish that is always on the lookout for its next meal.

It is also an inherently lazy fish that doesn’t like swimming against the current of the river, preferring to glide downstream and ambush its prey on an opportunistic basis.

They’re also known to hold their prey in underwater river features and intercept it as it attempts to move or to feed. Slack water is another favourite place for pike to lurk, as they like to hold themselves adjacent to the main flow of the river current, usually close to the river bed and pick off their prey when it gets caught up in the water’s turbulence.

River pike fishing involves a good deal of patience and the skill of knowing exactly what represents a good spot for the pike you seek to be lurking.

We’ll get into how to read the river shortly, but suffice to say, you have to start thinking like a pike to be able to predict where you should wet your line.

Next, we have a must use river pike fishing tip. Wherever it is you are fishing, it’s really important that you gain an understanding of the river and how certain types of river beds look.

For example, in meandering rivers, there are typically deeper channels in the centre, with the current lifting silt from the outside the bends and depositing it on the inside curves. These deeper channels are a commonplace for pike to hide on a regular basis and catch it’s prey as it passes over its head.

You’ll also find that in river pike fishing that one particular pike may use the same deep channel more than once, so if you find yourself catching the same one more than once in the same stretch, don’t be surprised! 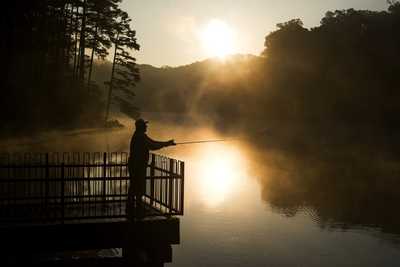 A slightly more complex river pike fishing tip now. Being able to read the underwater features of a river is a key skill to master, but it's also a relatively simple one to achieve. You can measure the depth of the water by counting how long your bait takes to drop to the bottom and it is possible to estimate the underwater terrain by looking at the features that exist above the waterline.

Pike absolutely love hiding in bays, behind islands and in between submerged tree roots, as well as behind man-made structures like bridges, weirs and river junctions.

The key is to look for areas where a pike would want to be able to spring from and pounce on an unsuspecting perch.

Rivers in the UK are usually of the naturally occurring variety, which means they’re wild and unpredictable.

A great way to improve your river pike fishing success rate is to learn the stretch of river you’re going to fish in, inside out. The top anglers will usually walk the river before the season starts when the river is low and the terrain of the river bed is much more visible.

This calls for more than a little patience, as it will take some time, but when you have much more detailed knowledge of where the shallow and deep areas are, you’ll be in a much better position to know where to drop your line - so it really is worth the effort.

Probably one of my favourite river pike fishing tips now that I recommend a lot.

Using the right pike bait and floats are important, as you need to take the mindset of the pike into consideration when choosing yours.

For example, you need to use bigger dead baits to lure your pike into taking a bite, because as we mentioned before, they’re a bit lazy. In pike fishing, you’ll find that pike won’t want to waste any unnecessary energy on catching a small meal.

That means that you should use bigger mackerel or whole lamprey as bait, which applies even more in faster-flowing rivers like the Trent and the Idle, where the pike are that have a higher degree of muscle mass because of being accustomed to the faster currents.

Using a float in river pike fishing is also a great idea, as it’s a fantastic indicator of whether your pike has or is about to bite. If you find that you’re not getting a bite, twitching your float rig towards the bank with a couple of reel turns may just provoke a pike into biting.

One thing that’s most likely to convince a pike to strike is the thought that their dinner is about to escape!

Once you’ve started to understand how a pike behaves and how to read and learn a river, you have a good foundation on which to improve your river pike fishing skills.

However, being consistently successful requires a good deal more experience and know-how than we have provided so far. So, before we finish up, here are some additional river pike fishing tips for you to use to your benefit.

Staying mobile is important in river pike fishing, so if you’re not getting any nibbles, you should move roughly every half an hour. You should be aiming to cover up to two miles in a single session and be cutting your movements down to once an hour if you land a pike or two.

Arriving first to a venue can be a deciding factor between success and failure, so if there’s an option to drag yourself out of your bed and be first on the scene, it’s worth considering as it can make a big difference.

Preparing properly is an often underplayed factor in angling, but if you find the right spot, use the right bait and the right kit, you’ll be much more likely to succeed, so do your prep properly!

Taking advantage of tidal rivers is the last item on our list of river pike fishing tips. When a tidal river swells, the prey of the pike is constantly on the move, looking for a safe place to seek refuge from the flooding.

This leaves them more vulnerable, which means that the pike in the river is more active, which in turn makes it a good time to fish for them.

Being a good river pike fisherman takes a mixture of knowledge, instinct and preparation.

Research and prep might sound a little tedious to some, but the rewards in the long term are significant. There is no magic formula, just an instinct that comes from experience and taking the time to research all aspects of the sport, from the pike itself to the equipment used and the environment the river pike calls home.

We hope that our river pike fishing tips help you to become more adept and able to enjoy the sport to its fullest, as that is what every angler tries to do every time they go out.

Thanks for reading and we’ll see you next time.